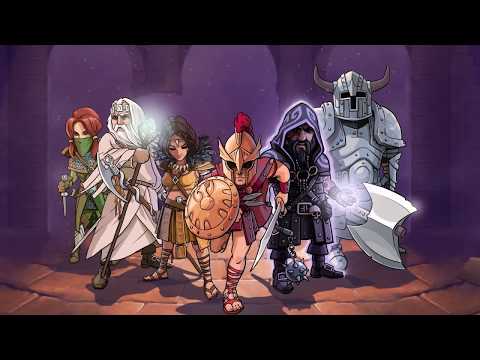 This is a great introductory strategy game for players new to role-playing games. Players select their character, then enter the...

This is a great introductory strategy game for players new to role-playing games. Players select their character, then enter the Catacombs of Karak to search for treasure. Tile by tile, players uncover the catacombs while fighting monsters and equipping themselves with weapons and spells. To win, players must outsmart their opponents, slay the red dragon, and collect the most treasure.

Catacombs of Karak excels in exactly what it sets out to be: an entry-level dungeon crawler. The entry-level nature of the game makes it accessible for younger ages. The dungeons are hallways and single-tile rooms, and creatures don’t move. So, running up against a hard-to-defeat creature doesn’t spell certain doom at all. Losing a health might be disappointing, but players are free to just move in another direction until they find a more suitable adversary. The tile-laying aspect of dungeon exploration makes every game different. No two dungeons are alike!